Plastic free aisles and the future of supermarket packaging? 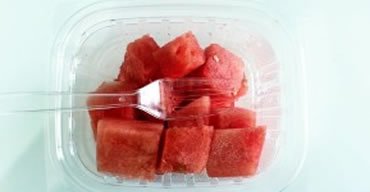 Supermarkets are being urged to create a plastic-free aisle in every store to prevent tons of waste packaging ending up in the world’s oceans.

The Plastic Oceans Foundation, an environmental lobby group, is encouraging UK supermarkets to wake up to the impact of plastic packaging on the environment and give customers the option to buy non-plastic products.

But some packaging industry experts have questioned the viability of the plan, suggesting that plastic will be an important part of the industry for many years to come.

For their part, they have suggested alternative ways that retailers can cut down on plastic without leaving the material behind completely.

Is plastic free a reality?

Plastic packaging has proved its worth over the years. It is cheap, safe and easy to make. In many ways, plastic is a victim of its own success, and widespread use has led to environmental problems.

In a bid to tackle plastic in the world’s oceans, the Plastic Oceans Foundation is trying to convince major users of plastic packaging like supermarkets to do their part.

Sian Sutherland, a trustee at the foundation, will negotiate with UK supermarkets.

She told Sky News: “We want to buy food that is not wrapped or contaminated with plastic. We are asking supermarkets to be part of the process. The situation with plastics is very very urgent and we have to do something now.”

But the move has drawn criticism from different corners of the packaging industry.

Barry Turner, Director of Plastics and Flexible Packaging at the British Plastics Federation, said: Customers and retailers should continue benefiting from the numerous technical and environmental advantages of plastic packaging before ensuring it is recycled. In addition, everyone needs to continue to take action to prevent littering and to prevent plastic from finding its way into our oceans.

He also pointed out that in many cases, plastic packaging is used because it has a smaller environmental impact than other materials.

He said: “It is important that the public understands that plastic packaging IS the greener option ” it uses less energy to produce, reduces transport costs and CO2 emissions because it is lightweight, and significantly reduces the amount of fresh food wasted by protecting it in a hygienic environment and extending its shelf life,” Turner continued.

“Remember, ten years ago a major retailer trialled selling cucumbers without plastic packaging but the scheme was abandoned due to the huge amount of food that was wasted.”

Plastic free aisles have several drawbacks, not least because plastic is important to protect products and keep them fresh in supermarkets.

With this is mind, some companies have tried to reduce their plastic usage in different ways.

Multinational megabrand Unilever has focused on a process called ‘lightweighting’ to try and reduce the amount of plastic it uses to package its products.

They strip back the amount of raw plastic used in their packaging or replace some plastic with different materials.

A foamed layer that it introduced into bottles of Dove body wash, for example, apparently cut the overall plastic content by 15%.

Other companies have adopted different tactics. Marks and Spencer have tried to make their supply chain greener by using one recyclable plastic polymer across all its packaging.

While some supermarket packaging is recyclable (like water and milk bottles) other bits are not (like the plastic trays that hold meat).

M&S are trying to avert this by using one recyclable plastic across the company.

“We know there’s an issue with customers being a little confused about what you do with different types of plastic: from the tray with your meat to the light films around vegetables,” Kevin Vyse, M&S packaging technologist told The Guardian. “With plastic, we are giving them a lot of things to do and certain local authorities don’t even want to handle multiple plastics.”

But Mr Vyse also recognised the importance of plastic and the difficulties associated with phasing it out.

“Plastic is incredibly valuable in delivering food through supply chains and keeping it fresh,” he said. “The challenge is lightweighting to a point where we might be in danger of creating food waste […] If you get too light, the plastic will also deteriorate before it gets to the recycling process and you start getting leakage.”

Smart design can help reduce the amount of plastic that goes into packaging.

A recent change to the design of many supermarket milk bottles, for example, saw the overall plastic content reduced by 15%. This was achieved simply by moving the plastic handle from the centre of the bottle to the corner.